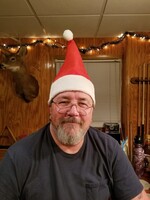 Born July 3, 1966 in Martinsburg, he was the son of the late Jerry Whitmer and Mildred Gladden Kief.

William was a Truck Driver for over 20 years. He was a Bingo caller for St. Leo Church and Middleway Fire Department, a volunteer Firefighter at Middleway, Bedington, Baker Heights, and South Berkeley Fire Departments, and was Vice President of the Charles Town Moose Horseshoe League.

A memorial service will be held at a later date.